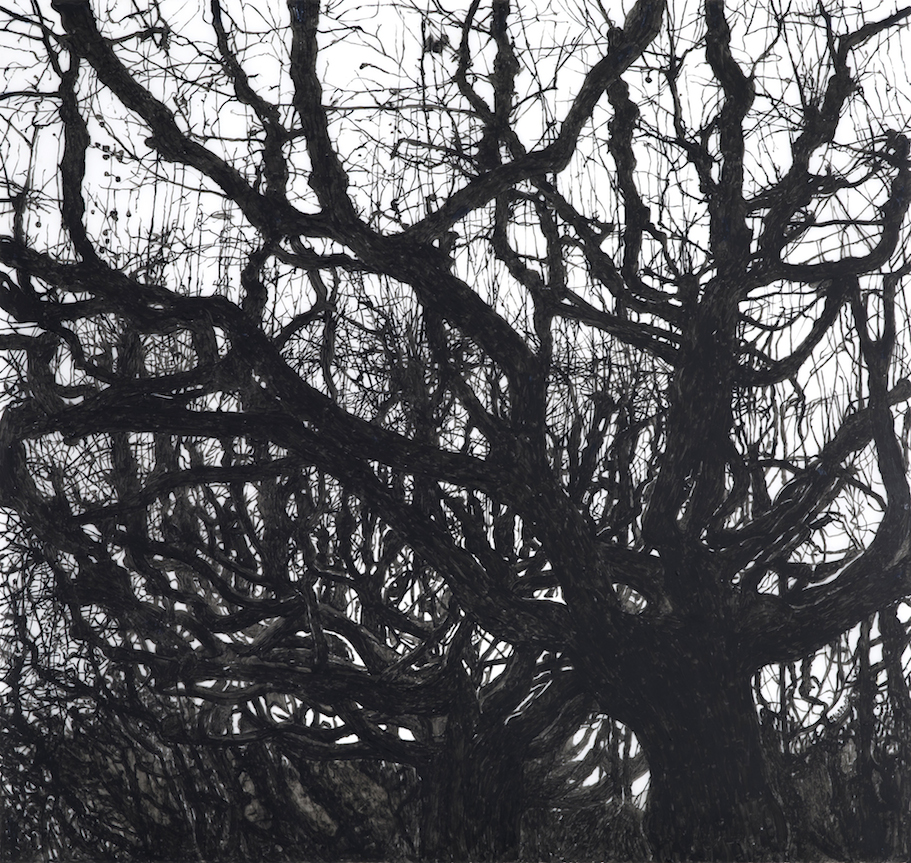 As more and bigger natural catastrophes visit our planet, sustainable or ecology-based arts are gaining ever greater importance. Ecological art respects the ecosystems of living species and their environments from an ethical, social, contextual, economic and aesthetic perspective while seeking to remedy or preserve life. It is socially engaged and socially interactive, and at times even intervention-based art. The goals of such art are socially oriented, altruistic and hopeful in that they seek to spark awareness in the public arena about the urban environment’s issues and the alteration needed for a better future.

They often include audience participation and growing plants we see in Jane Ingram-Allen’s Living Quilt for Newnan a mixed media installation. This “flower bed” with a “living quilt” as Ingram-Allen calls it, was done with community participation during her residency as a Newnan Artist in Residence in Newman, Georgia in the fall of 2017. Other artists engaged with eco-art are intent on bringing to the fore issues that involve the destruction of our environment. Barbara Roux does this in her site-specific installation At War with Plants Too. The title refers to the susceptibility of nature to human violence; additionally, it is the basis for Roux’s use of the native sycamore whose brown, yellow and green bark appears to be cloaked by camouflage patterns. Milena Popov utilizes natural materials such as tea to make her calligraphic horizontal paper works. One work entitled Landscape Painted with Tea: Conversation with Nature, 2016. In her eco-painting, Popov carries on a conversation with nature while preserving it for posterity in her artworks. Joan Giordano in her Deforestation Birch Forest sculpture also addresses the field of sustainable art. Her wall sculpture with its wing-like span reaches out to us, much in the same way a mother would embrace her child, a very apt analogy of nature as nurturer. The work is created out of the cast off reddish-brown bark of young birch trees. Bill Pangburn in his Hudson Beisete series also deals with the destruction of ecosystems. His hope is to bring the issue to the forefront of public awareness, so positive changes can be made. By depicting the flow of water as he sees it daily on his bike ride home along the Hudson River, he is simultaneously meditating and commenting on the ephemerality of nature. Antigoni Kavvatha‘s forests speak of her love for nature but also for drawing in a style advocated and associated with the academy for its use of chiaroscuro and its naturalistic qualities. But, the academic similarity stops at this point. Indeed, Kavvatha’s monumental horizontal friezes have more in common with site specific installation art and with Asian calligraphy than with an academic approach to drawing. Mary Hrbacek anthropomorphizes her trees to humanize nature in the hope of gaining sympathy for them. Hrbacek has dedicated a large portion of her career painting trees in cool colors that subtly allude to the icy landscapes of her beloved Scandinavian background. Ona B. is primarily an installation and performance artist who through her interventions and depictions of animals seeks to bring attention to their endangered status. Her commitment to diversity and conservancy is reflected in her small red paintings that depict animals such as the Asian rhinoceros which are threatened by extinction mainly through loss of their habitats or lack of genetic variation. In his panels, George Tzinoudis depicts the consumption of fish by larger fish as a metaphor for the greater human social crisis. His scenes in which smaller fish are eaten by bigger ones, establish a visual metaphor for overpopulation and extinction.

The world’s natural balance depends upon multivalent flora and fauna relationships that are not only ethically compelling but also absolutely necessary to human survival. Biodiversity and the prevention of animal extinction are two environmental factors to be sought for the sake of simple survival as humans are interrelated to these ecosystems. The exhibit and its artists use a visual language to call for respect towards our planet’s natural resources and for the well-being of the planet’s rich biodiversity.