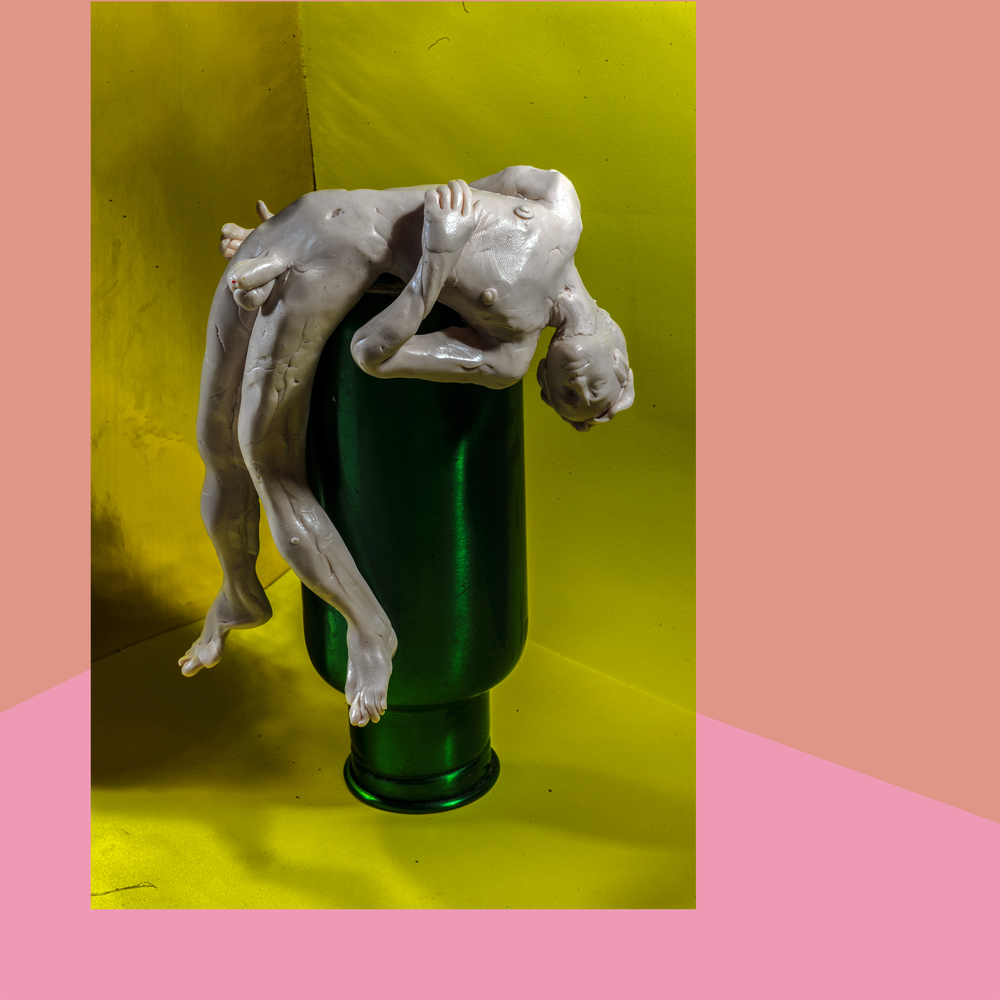 This exhibition will explore why murder is so often a source of fascination—frequently inflected by irony and wry humor—in the visual arts today. Why are we fascinated with murder? Our bookstores, TV screens, movie houses, live theaters, and digital entertainment services all attest abundantly every day to a ubiquitous, unflagging interest in stories of violent death and its detection. Visual art, as the works assembled in “Murder, She Said” suggest, is also rife with both explicit depictions and oblique evocations of human slaughter. Moreover, the obsession prevails at every level of culture, from Dostoyevsky’s Crime and Punishment (a masterful first-person tale of an axe murder) to Jim Thompson’s starkly titled The Killer Inside Me, from Jacques-Louis David’s elegant Death of Marat to Adam’s lurid crime-scene photographs.

The appeal of murder itself, as reflected in art and literature, is in some ways easy to understand. Artworks can provide us the vicarious satisfaction of dispatching our enemies—and thus of controlling death, the very eventuality that, in real life, implacably haunts, defies, and defeats us. Every child playing Cops and Robbers feels that joy, though half a lifetime may pass before the same person, grown up, grasps its true source and philosophic import.

More difficult to fathom is why the investigation of murder so irresistibly absorbs us. In book after book, picture after picture, movie after movie, we find ourselves compelled to find out who did the foul deed. Once the instincts of the hunt are aroused, we are subtly drawn into a step-by-step inquiry, whether conducted by King Oedipus tragically determined to learn who killed his father or by a slouching, rumpled Columbo turning at the door to ask one last insidious question.

Joan Giordano’s work crosses the boundaries of painting and collage to become complex layers of dimensional sculptural assemblage. Giordano folds and shapes newspapers and hand-made papers into forms that undulate rhythmically while making great impact in their statements. Cyriaco Lopes’ intermedia art series Queer Saints and Martyrs depicts saints undergoing ecstatic moments of doom but also apotheosis in what he calls “queering art history”. that melds past art traditions with the erotic body. D. Dominick Lombardi’s Urchins relate to the recent Drug Wars murders in Mexico and are humorous sculptural comments on death, and killing. Along with his paintings of martyred saints, and due to their critical nature, they may appear sacrilegious for they are like a slap in the face of conventional representations. Mimmo Catania’s Women Watching TV, 2008 in its grisaille painting style mimics a tv scenario in which two women watch a bloody murder scene from the comfort of their couch. The blood is the only color on the canvas thus can be read as real action. Catania’s scene is contradictory in that the make believe nature of black and white belies the real life drama of bloody patch on the head of the murdered victim against the scene of the relaxing women. Despo Magoni’s paintings A Marked Man, No Tresspasing and Murder by Numbers play on the concept of the human condition with powerful strokes of complementary reds and greens. Magoni paints men getting stabbed, alone or watched by an antagonist. Magoni’s images become more conceptual by the addition of text that references flatness and maintains our gaze on the surface of the two-dimensional canvas. Fay Ku’s Throne like much of her other work on paper, exposes the inequities imposed on women, by recruiting Chinese legends and myths. Her characters are based on multi-layered psychological narratives executed in a figurative mode, in graphite, ink and watercolor. Mary Ting’s installation work Our Lady Macbeth Gloves: No Ocean Can Cleanse Our Hands comprises a set of gloves that have been roughly sewn to allude to trauma stitching. So that, the idea of protection is controverted by the looseness created of the open stitching, and the transparency of surgical gloves by the opacity of the bloody drips. This contradictory element is what makes Ting’s images so engaging and multi-dimensional. Jonathan Santlofer’s ink wash on paper series The Dark End of the Street, which was originally created to illustrate an anthology of crime stories, is especially suited to the theme of this show. His ink wash paintings allude to black and white photography and pre-color television in their shadowy, mysterious colorless nature. Mac Adams series Vanitas, in black and white are also suggestive of violence. In his black and white photographic series, Adams depicts a broken white pearl necklace near a gaping black hole in a decaying floor. While danger is suggested by both the broken pearls and aperture, the subject also works as Vanitas or as reminder of the emptiness of material life. Angela Strassheim’s archival print photographs in this show Underwear Shoved Down Esophagus and Drug Deal Gone Bad are some of her more explicit images. While they reveal her training in biomedical and forensic photography in their subject and detail, they are artworks that probe beyond the surface to the inner depths of human psychology whether seen in family, religious or domestic scenes. Corinne Botz’s photographs Burned Cabin (from afar) and Log Cabin from her Nutshell Studies in Unexplained Death series of photographs were inspired by Frances Glessner Lee’s models of actual crime scene models build in the 1940s and 50s. In her photographs Botz focuses on conveying the traces of life’s traumas right before the final moment—-the dust, grime, and even decadence. Yolanda Andrade’s color photographs Ex Votos and Roses and El Vestido Azul, of 2011 depict presence through absence. They capture moments of death as much as the daily life and rituals of Mexican people dealing with Aztec folk legends, history and myth. She comments on a way of life that includes the sadness involved in losing a child both as parent and as society.

In many respects, all these artists find themselves operating in the investigative mode associated with murder-mysteries. Ultimately, they ask not simply why one particular person dies but why anyone dies. The recognition of the core absurdity of death puts these present-day visual artists in the company of existential philosophers as well as the masters of World War II-era noir fiction and film. 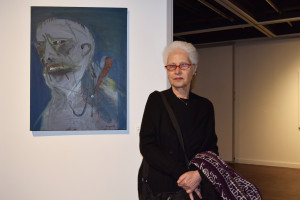 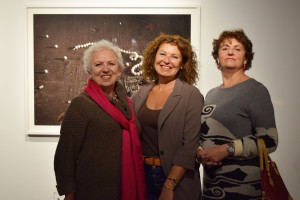 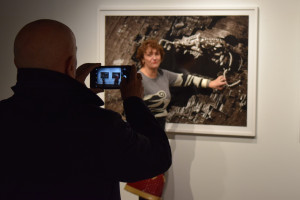 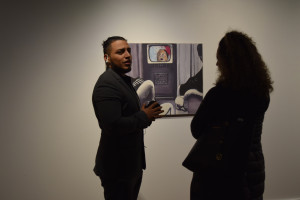 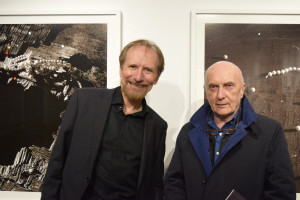 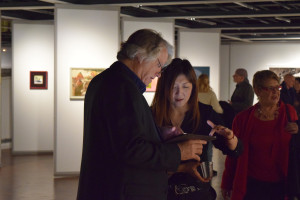 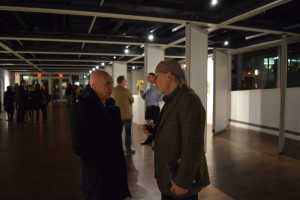 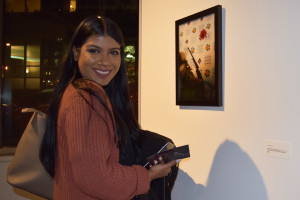 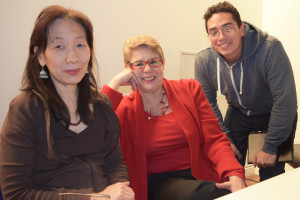 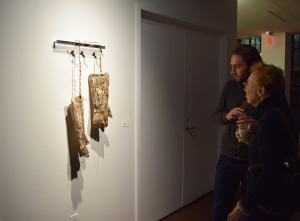 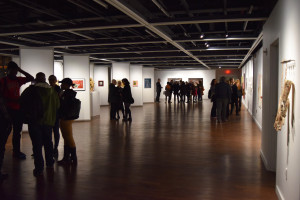 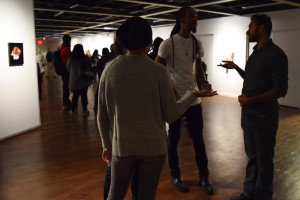 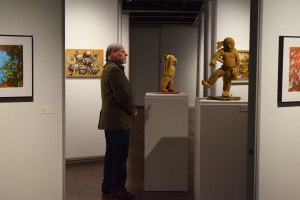 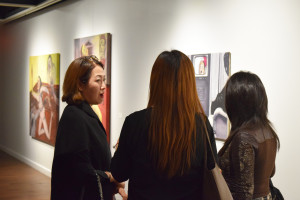 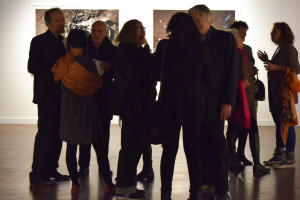 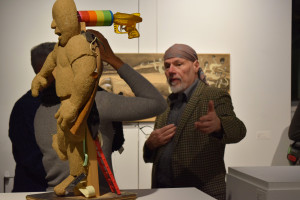 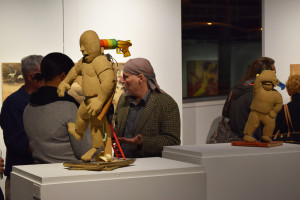 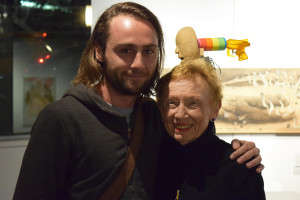 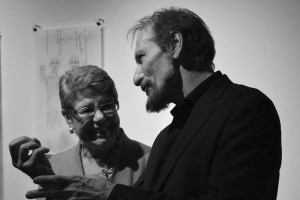 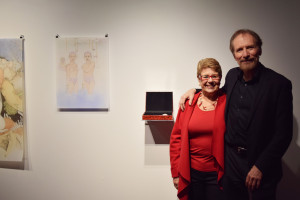 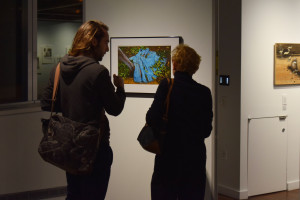 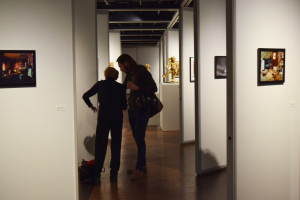 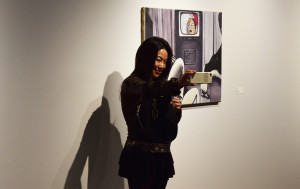