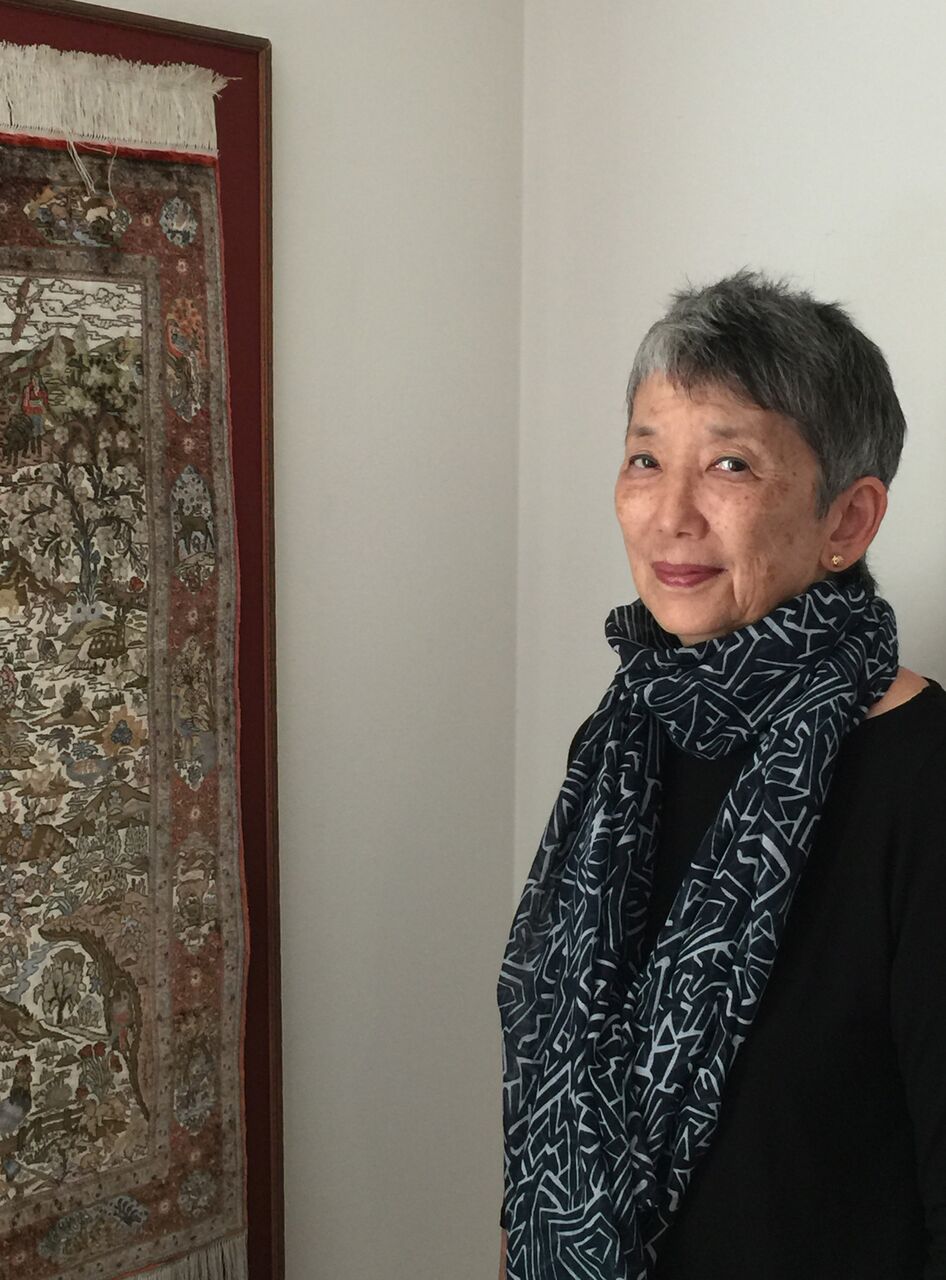 Mona Higuchi is an installation artist, creating large scale, site-specific work since 1988, utilizing many innovative techniques and materials. Her travels in other countries have exposed her to many different cultures and profoundly influenced her development as an artist. She has exhibited in the United States, Asia, Mexico, and Europe. Many of the projects focus on human rights issues and historical events. They include the Japanese American Internment in the USA, the Disappeared in Chile, Kristallnacht, the Relocation of the Aleuts during WWII, the Comfort Women, Sex Trafficking, and Immigration issues along the USA Mexico border.

She is currently doing research for a project, “Arctic Transitions” with Richard Lerman, sound/video artist, about the impact of environmental, cultural and political transitions in the Arctic region. They traveled in 2014-2016 to areas of Finland, Norway, Sweden, and Russia and were Artists in Residence at the Kilpisjarvi Biological Station, Finland. She has collaborated on several interdisciplinary projects with Lerman, as well as choreographers, musicians, and other visual artists. She was born in Honolulu, Hawaii of Japanese Korean ancestry and lives in Phoenix, AZ.