Frank Gimpaya is a freelance photographer whose work has been exhibited nationally and internationally. He is on the faculty of John Jay College of Criminal Justice, City University of New York, and Saint Peter’s College, Jersey City, New Jersey. He is a NYFA Fellow, and designer of the photographic journal Nueva Luz, published by En Foco. Nueva Luz was nominated for Best Photographic Journal by the Lucie Awards in 2007 and 2008. His dance posters and photography are in the collection of the Hunter College Dance Program, CUNY. Career highlights include: exhibitions at the Museo de Arte Moderno, Mexico City, the Garrison Arts Center, N.Y., and the Smithsonian Institution; critical reviews in the New York Times, the Village Voice and La Voz Hispana. Frank’s work is also in the collection of Museet For Fotokunst in Odense, Denmark.

http://www.frankgimpaya.com/ opens in a new window 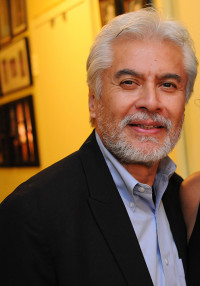