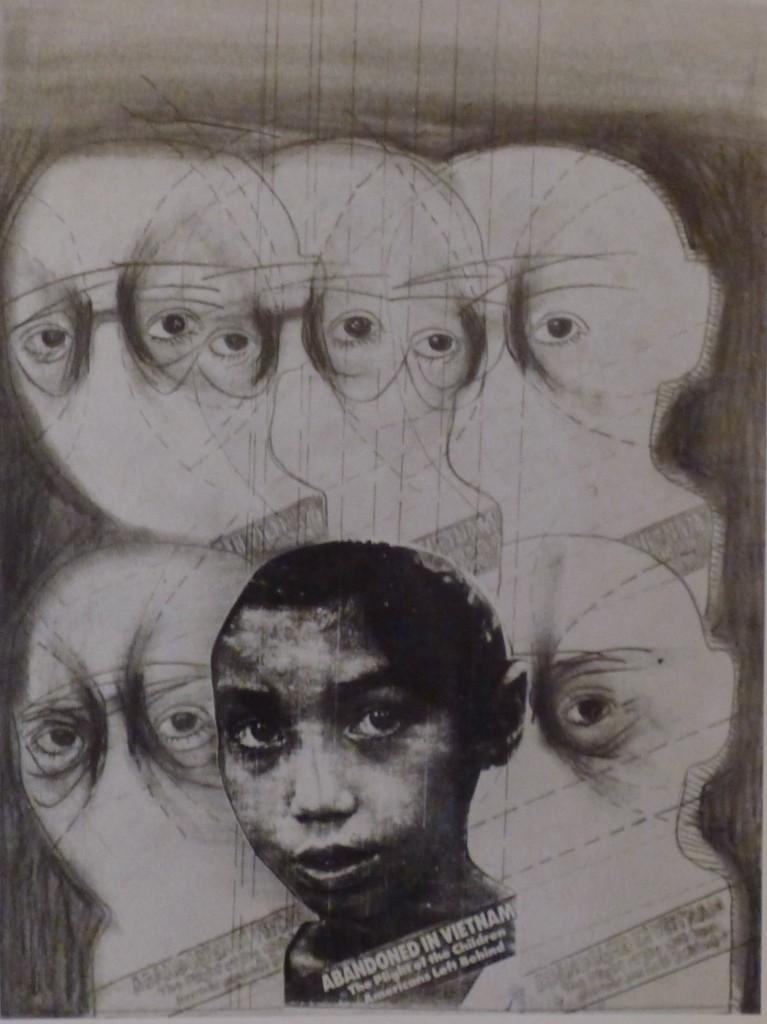 The Washington Coalition for Comfort Women Issues and Human Right Department at John Jay College of Criminal Justice is co-organizing the symposium in conjunction with the exhibition Collateral Damage (Sep. 8th – Oct. 21st, 2016) at Anya and Andrew Shiva Gallery of John Jay College of Criminal Justice. This exhibition examines issues of rampant violence during WWII, the Vietnam War, the rise of the Khmer Rouge, and other conflicts where innocent non-combatants were affected. The exhibit especially focuses on “comfort women” who were abused during WWII by Japanese military. The symposium will discuss diverse approaches and interpretations of wartime atrocities as recurrent human rights violations, literary narratives of sexual violence, postcolonial discourses, and historical readings of geopolitics.

This panel presents how and why women and children, the more vulnerable, were sexually assaulted and violated in the course of war. The plight of women who suffered during times of conflict continued in the aftermath of war, not only because of the enormous psychological and emotional trauma but also the social and cultural stigma attached to their horrendous experiences. On the panel, four speakers will share their expertise on human rights, sex crimes, human trafficking, wartime trauma and healing, and also its representation in literature and the arts. The goal of symposium is to discuss of the importance of human rights issues and to find possible answers to commemorate and heal the trauma of wartime victims.

George Andreopoulos is Professor of Political Science at John Jay College of Criminal Justice and at the Graduate Center, CUNY, and an Adjunct Professor of Political Science at Columbia University. He is also the founding Director of the Center for International Human Rights at John Jay College. Before coming to CUNY, he taught for several years at Yale University, where he was also the founding Associate Director of the Orville Schell Center for International Human Rights. He has written extensively on international organizations, international human rights, and international humanitarian law issues. Over the years, Professor Andreopoulos has participated in several human rights missions and has been a consultant for international organizations and NGOs. He holds a Ph. D. and a Law degree from the University of Cambridge and a B.A. degree from the University of Chicago.

Laura Barberan Reinares is an Assistant Professor of English and Literature at Bronx Community College of the City University of New York (CUNY). She has published an award-winning article on feminism, globalization, and trafficking in the South Atlantic Review, as well as articles on postcolonial literature and pedagogy in several peer-reviewed journals. Her book, Sex Trafficking in Postcolonial Literature: Transnational Narratives from Joyce to Bolaño (Routledge), analyzes how postcolonial fiction depicts coerced female sex trafficking and the discourses such representations legitimize. Since 2014, she serves on the advisory board of the nonprofit organization Crossing Point Arts: Bringing the Arts to Survivors of Human Trafficking.

Prof. Bonnie Oh is retired Distinguished Professor of Korean Studies at Georgetown University. She started college at Seoul National University, received B.A. from Barnard College, Columbia University, M.A. from Georgetown University, and Ph.D. from University of Chicago. She published widely on Northeast Asia region in books, refereed journals, and encyclopedias, including Legacies of the Comfort Women of WWII, American Military Government in Korea, 1945-1948, and Korean Embassy in America. She serves on the boards of the Washington Coalition for Comfort Women Issues, Council on Korean Americans, Seoul National University Alumni Association, and Korean Cultural Center of Chicago. She just published her book, “Murder in the Palace,” in 2016

Tomomi J. Emoto is an adjunct Assistant Professor of Anthropology at Queens College of the CUNY.  She earned her B.A. in Social Sciences at Waseda University, Tokyo, her M. A. in Anthropology at University of Pittsburgh, and her Ph. D. in Cultural Anthropology at Southern Illinois University, Carbondale. She also teaches a fellowship program, “Gender and Violence in East Asia” at the Holocaust Center at Queensborough Community College.  She has been engaged in ethnographic field research in Tsushima Island, Japan, located in the interstitial zone between Korea and Japan, exploring the postcolonial processes that involve identity politics and historical interpretations. Her writings focus on the interrelationship of power, culture, and history, exemplified by her article, “Performing Alterity: Postcolonial Genesis of Borderland Identity in Japan,” and a forthcoming edited volume, “Borders Beyond States in Asia: Power, Identity, and History of Borders.

Jungsil Lee is an art historian, curator, Professor at Washington University of Virginia, and the president of the Washington Coalition for Comfort Women Issues (WCCW) where she educates and promotes public awareness regarding wartime sex slaves during World War II, especially “comfort women.” She has organized numerous academic conferences and art exhibitions and played a central role in the building of the “Comfort Women Memorial Peace Garden” in Fairfax county, VA in 2014 to reclaim and rebuild the dignity of “comfort women”. WCCW has developed a related educational program to let the world know this historical fact and speak about the comfort women’s legacy. Her Ph.D. in Art History from University of Maryland is focused on the meaning of public memorial as a healing process. She has been a leader for the fundraising, design, commissioning, and manufacturing of the memorial. Starting in 2015, she has developed a webinar project in which students, scholars, and activists do research and archive historical material.

Thalia Vrachopoulos holds a doctorate in the Philosophy of Art History from the City University of New York Graduate School. She has served as a curator for over one hundred national and international exhibitions accompanied by scholarly catalogues. Dr. Vrachopoulos is a full-time professor of the visual arts at John Jay College of Criminal Justice of the City University of New York. She has written scholarly essays and reviews for NYArts Magazine, Visual Culture AD, Part, +-0 , Public Art, Art in Culture, Art in Asia and Sculpture and has been included in many international panels. Dr. Vrachopoulos recently co-authored a book on Hilla Rebay, the founder of the Guggenheim Museum, which was released in December 2005 by the Edwin Mellen Research Press. Dr. Vrachopoulos’ contributions have been recorded and have become a permanent part of the Yale Library collection of Accomplished Women in the Arts.  She is co-curator of Collateral Damage at John Jay College of Criminal Justice.

Generous funding for the exhibition, catalogue, and symposium is provided by the Washington Coalition for Comfort Women Issues, Inc.(WCCW)