The Anya and Andrew Shiva Gallery at John Jay College of Criminal Justice proudly presents, Bearing Witness: Art and Resistance in Cold War Latin America. While censorship, kidnapping, torture, and murder became common tactics for repressive governments throughout Latin America during the Cold War, many artists from the region responded by producing poignant works of art that speak out against these atrocities. This exhibition brings together three distinct bodies of work that do so through documentation, poetic subversion and revelation. 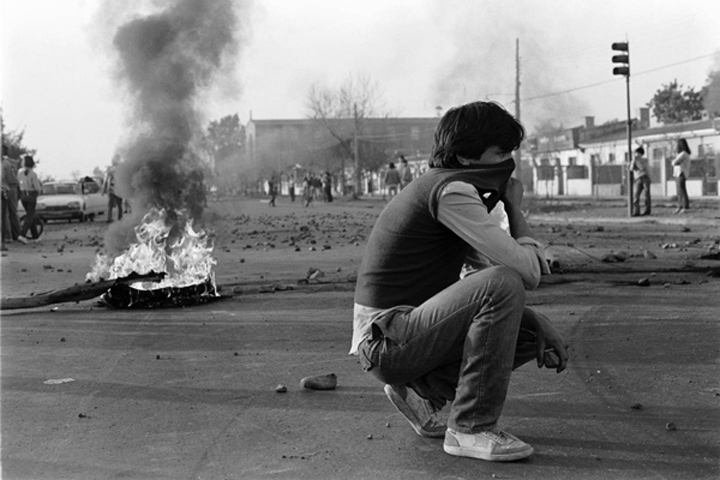 In 1972, Julio Le Parc, collaborated with Gontran Guanaes Netto to form the group La Denuncia and produced the vividly explicit installation entitled La Tortura (The Torture). The work exposed the secret detention and interrogation methods that took place during Brazil’s military dictatorship. Based on accounts by fellow artists and the Brazilian Friar Tito, La Tortura is comprised of seven panels, painted in a hyper-realistic style, depicting individuals undergoing torture. La Tortura’s cell-like installation recalls such iconic works as Francisco Goya’s Disasters of War series, the journalistic photography of Carlos Marighella, or Christ’s martyrdom by Caravaggio, all of which denounce the consequences of human degradation and atrocities in the name of civilization.

In contrast to the brutally graphic quality of La Tortura, photographs by Juan Carlos Caceres and Rodrigo Rojas De Négri document public displays of power and protest in Chile during Pinochet’s military dictatorship in the1980’s.   These images demonstrate powerful moments in the prolonged struggle against state violence. Caceres, by immersing himself within the local context, created images that allow us to witness the plight of Chileans under Pinochet’s regime.   De Négri, who returned from exile in 1986 to document and participate in the resistance movement, was killed by government forces at the age of 19. He was subsequently honored as a member of the Association of Independent Photographers (AFI), for his important work which appears courtesy of his mother, Verónica De Négri.

The video, The Missing Monument For Washington D.C. (2008), by Chilean artist Iván Navarro offers yet another reaction to conditions in the region by responding to the killing of singer-songwriter Victor Jara in 1973. The touching video, features two men, one of whom is strumming a guitar while speaking the lyrics composed by the popular Chilean singer song-writer, Jara entitled “Estadio Chile?”. Written in September 1973, while Jara was held captive in a stadium along with thousands of others, the poem was smuggled out by survivors. Jara himself was tortured and murdered, his body thrown in a mass grave.

Through the use of archival material, witness accounts and direct observation the artists represented in Bearing Witness offer both overt and subversive reactions to the history of political violence in cold war Latin America. Their powerful works compel us to engage with the historical record of oppression in the region as well as the legacy of political violence as it continues to affect our lives today.

Curated by Estrellita B. Brodsky, Pierre-Yves Linot, Roberto Visani  with the assistance of Lydia Shestopalova

A Panel Discussion in Conjunction with Exhibition
Bearing Witness: Art and Resistance in Cold War Latin America
Please join the Anya and Andrew Shiva Gallery and the Historical Memory Project (HMP) in welcoming a panel of scholars and artists to discuss the content of the exhibition, its sociohistorical context, and the significance of bearing witness.

The panel will be followed by a Q&A with the audience.

This meaningful event is the closing of HMP’s year-long photographic exhibit commemorating the 40th anniversary of the coup d’état in Chile, which took place on September 11, 1973. We celebrate this opportunity to mark the collaboration with visual and multimedia artists through the exhibit and through conversation. The exhibit bridges the power of photojournalism with artistic methods of bearing witness; the stimulating panel discussion will emphasize the importance of memory and put the exhibit in both historical context, as well as link it to the contemporary, political and social realities in Latin America and beyond. 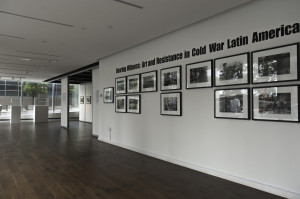 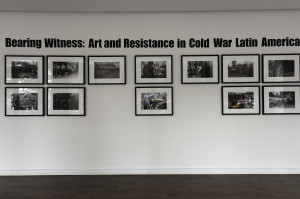 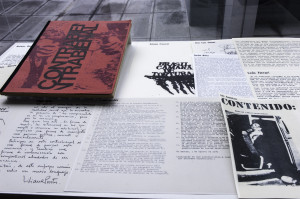 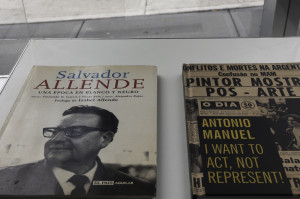 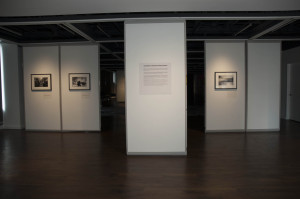 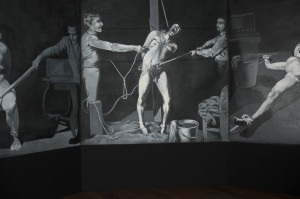 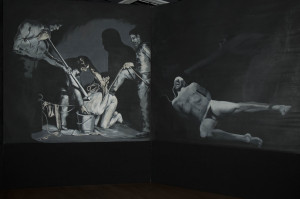 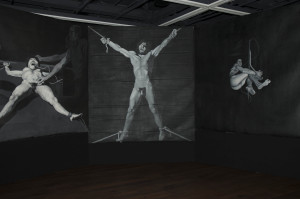 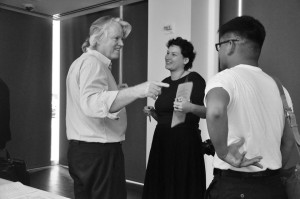 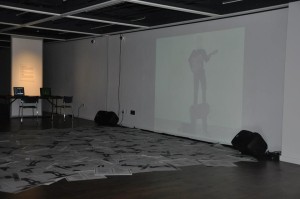 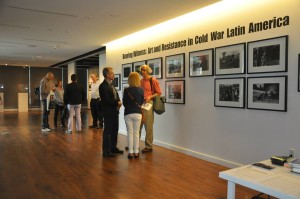 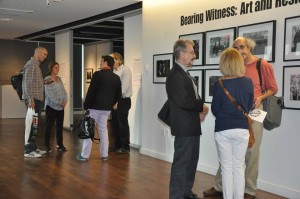 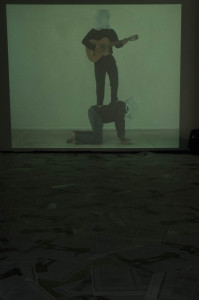