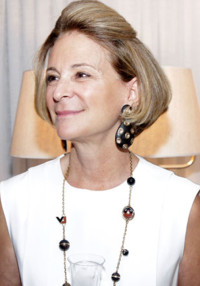 Estrellita Brodsky is an art historian, curator, and philanthropist. She received her PhD from the Institute of Fine Arts, New York University, concentrating on Latin American Artists in Post-War Paris. She co-organized the 1997 exhibition: Taíno: Pre-Columbian Art and Culture of the Caribbean at El Museo del Barrio and later served as the museum’s Co-Chairperson of the Board of Trustees from 1997-2000.