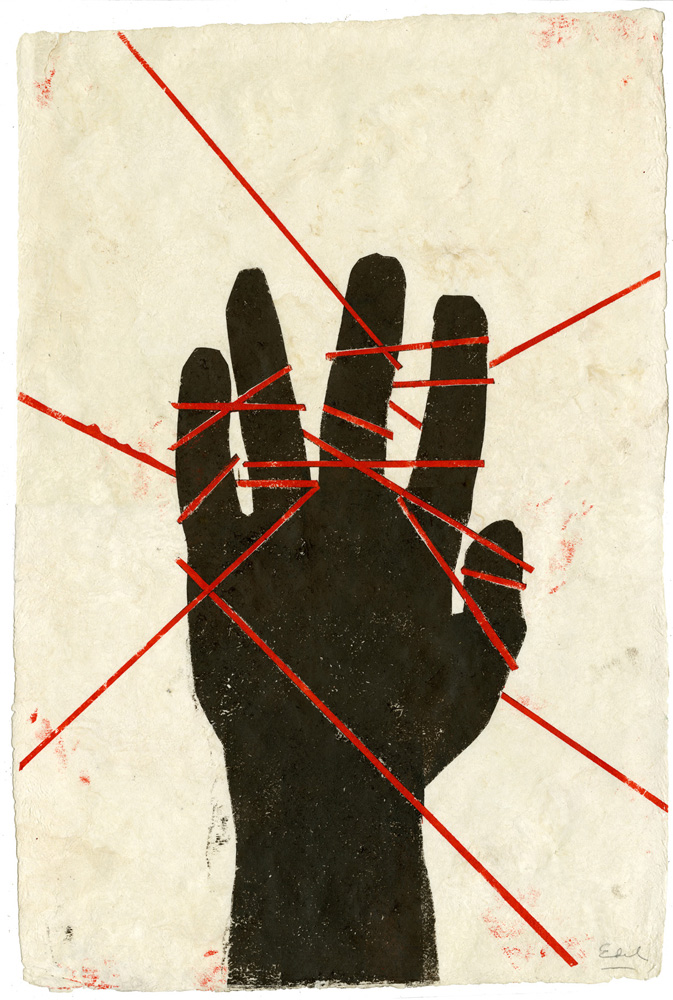 Edel Rodriguez was born in Havana, Cuba in 1971. He was raised in El Gabriel, a small farm town south of Havana. In 1980, Rodriguez and his family boarded a boat and left for America during the Mariel boatlift. They settled in Miami where Rodriguez was introduced to and influenced by American pop culture for the first time.

In 1994, Rodriguez graduated from Pratt Institute in Brooklyn, NY, and later earned an MFA at Hunter College in Manhattan. Throughout his career, Rodriguez has received commissions to create artwork for numerous book publishers and advertising agencies. He has illustrated over a hundred magazine covers, created numerous book covers for clients such as Simon & Schuster and Peguin Random House, and has created advertising campaigns for clients such as Nespresso, Ray Ban, and Chanel.