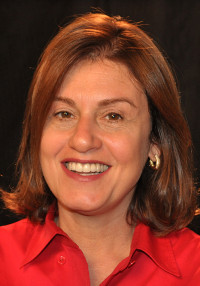 Claudia Calirman is Associate Professor at John Jay College of Criminal Justice, in the Department of Art and Music. Her areas of study are Latin American, modern, and contemporary art. She is the author of Brazilian Art under Dictatorship: Antonio Manuel, Artur Barrio, and Cildo Meireles (Duke University Press, 2012), which received the 2013 Arvey Book Award by the Association for Latin American Art. She is a 2013 recipient of the Arts Writers Grant from Creative Capital/Warhol Foundation to write her second scholarly book on “women artists from Latin America from the 1970s.” She has published many articles including “Pop and Politics in Brazilian Art” (International Pop exhibition catalogue, Walker Art Center, 2015), “Lygia Pape and Anna Maria Maiolino ‘Epidermic’ and Visceral Works” (Woman’s Art Journal, 2014), among others. She has curated several exhibitions in New York, including Antonio Manuel: I Want to Act, Not Represent! (Americas Society, 2011) and But enough about me—now let’s talk about my work: Artoons by Pablo Helguera (John Jay College, 2011). She is co-curating the exhibition Basta! at the Anya and Andrew Shiva Gallery at John Jay College (May 2016) and organizing an international symposium on “Art and Violence in Latin America Today.” She is the Director of the Art and Justice Fellowship Program at John Jay College and a member of the International Association of Art Critics (AICA).