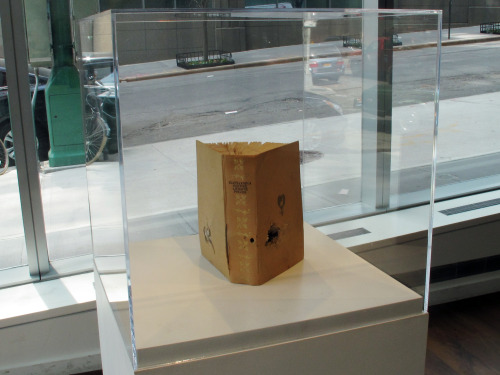 1992 This anthology of love poetry titled “The Golden Book of World Love Poetry” was published in Zagreb 1975. It got its final form during the heavy bombardment of Vukovar in 1992. The question of circumstances and the motivation of the original owner to retrieve this book from his apartment will remain unanswered … I.S. received it as a gift from the original owner and B.M again got it as a present from I.S. This happened one night in 1995. during protests, when the air was still heavy with the smell of gunpowder and the power of words was measured by their ability to burn. The inscription reads ‘to you and only to you’.  I call it ‘The Wounded Book’ and B.M. ‘The Book of Broken Promises’. My father, a retired Colonel of JNA, suspects it might be radioactive.